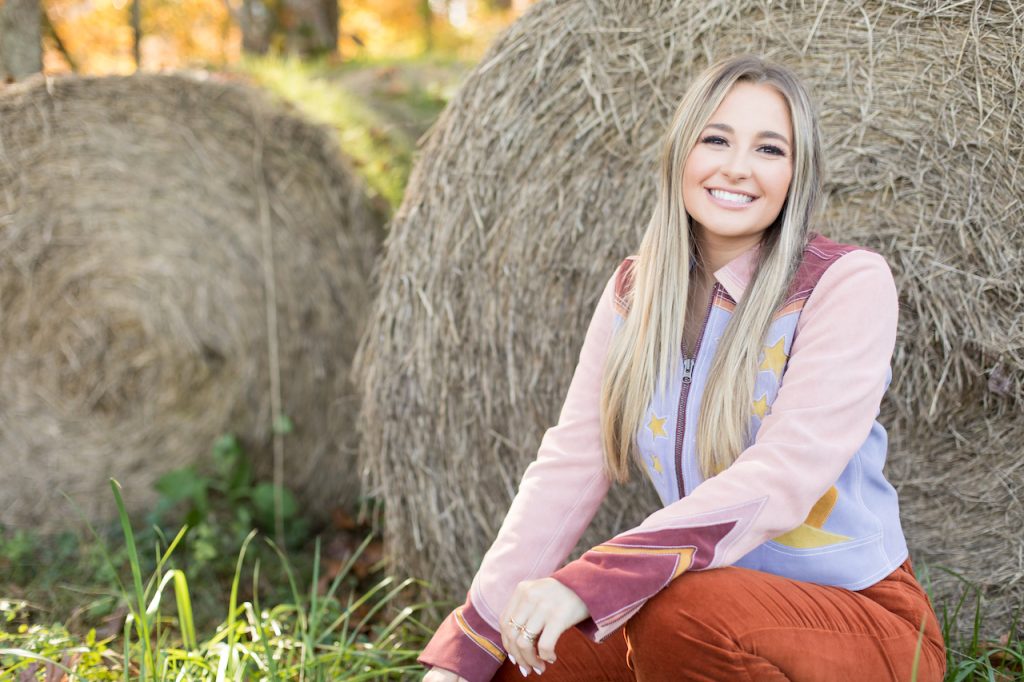 Long before Erin Kinsey officially launched her country music career, she was already a full decade into it. Which is why, at just 21, she is the epitome of a 10-year overnight success who has firmly established herself as a Nashville singer-songwriter with a long, bright future ahead of her.

While other women her age may be just starting to think about what’s next, Kinsey’s known for a good ten years exactly where she was headed. Because she had parents who told her to find what she loved, back when she was an 11-year-old in Rockwall, Texas. “That way, I could start sprinting toward it as soon as possible,” the country newcomer says.

She’d grown up loving music, but didn’t realize that being a singer-songwriter was truly a job. She remembers when a switch flipped for her, though, and she figured out that as a gifted songwriter with Texas-sized vocals, she absolutely could make a living making country music.

Kinsey may not be the first young woman to start making her mark on Nashville early on — Taylor Swift, LeAnn Rimes, and Tanya Tucker were the pioneers of that movement — but she is one of the only artists to be so far into her career at 21. It was during Kinsey’s last year of high school that she started making regular trips from Texas to Tennessee to write, play and sing. Then the day after graduation, she moved. “When I was finally living here, I was so immersed,” she says. “That was my start line. And I thought, ‘We’ll see what the journey holds.’”

Some of Kinsey’s early attempts at songwriting as a pre-teen are ones that she prays never see the light of day, but she knows now that that’s how you get better: practice, practice, practice. “I had a lot to learn, and I had a lot of really wonderful people in Nashville who took a chance on me. What I learned was that getting in the room was the hardest part. The challenge was just getting people to open the door,” she recalls, “and once they did, I was happy to bust through.” One artist who took a chance on the new kid in town was Dolly Parton. Kinsey, Victoria Shaw and Jodi Marr wrote a song called “Pink” that Parton and her artist friends recorded and released to benefit the Susan G. Komen breast cancer foundation. And Kinsey was able to share the hopeful piano ballad when she performed it live with Shaw and Rita Wilson during her 2020 Opry debut.

And since then, so far, so good. In the past six months alone, Kinsey has released two songs, and the fan response on social media has been so staggering that record labels and publishing houses noticed her before she noticed them. With more than three million likes just on TikTok, it was hard not to notice that what Kinsey was doing was working. “The record deal wasn’t even a topic of conversation before August. Same with the publishing deal. I didn’t know that people were watching. I didn’t know people cared. I just had my head down and kept doing my thing. Now I’m on the same path, just with more force behind it,” she says. Kinsey ultimately signed a record deal with Barry Weiss and his joint venture with Sony Music, RECORDS Nashville. And she signed her publishing with TK.

Because she was such an early adopter of TikTok’s short-form video sharing — with cover songs from Ed Sheeran, John Mayer, Dan + Shay, Justin Bieber, Billie Eilish and Miley Cyrus, along with Miranda Lambert, Morgan Wallen, Rascal Flatts, Maren Morris and Brad Paisley — you can see what happened after she started  making her own music. When she posted “Drunk Too,” for example, her numbers shot from four digits to six.

“Everyone says that your first impression is the most important. So I’d put so much pressure on my first song to be the one that put me on the map. And that’s just a lot of pressure for a three-minute song,” she admits. “It’s hard to really process how many people is a million people. It’s hard to wrap your head around that. But it’s easy to wrap your head around talking to a girl from Minnesota who took the time to tell me her story. Then you realize that every view and every like is a person somewhere.”

And fans weren’t the only ones taking notice. When Kinsey shared her second song, “Just Drive,” SiriusXM radio’s The Highway took the reins and added it to their On the Horizon show. That was a bucket-list moment that lasted ten remarkable Saturdays. “I would go sit in my car every Saturday from 10:00 to 11:00 and have coffee. And when my song came on, it always threw me off, no matter how many times it happened. I can’t imagine that ever getting old,” she says now. “It’s crazy to think about people just living their lives and having my song in the background.”  Kinsey penned the up-tempo getaway tune with Michael August and Josh Ronen. The idea came to her when she had a vision for a song with country lyrics backed with the gritty sound of a pop/rock Paramore song. “Anyone can relate to the song if they think about a time in their life when they wanted to get away from it all. To get in the car with their significant other and just drive,” she says. After sharing video clips of the song on social media, she racked up more than 7.2 million views on TikTok.  Kinsey now thinks of it as “the song that has truly changed my life.”

Kinsey is quick to credit her long-time band with helping her become the artist she is now, and says they are backing her because they believe in her. “They’re in this for the long haul,” she says. But in a way, Kinsey is kind of her own band, having mastered acoustic guitar, electric guitar, piano, banjo, mandolin, bass and drums. “It’s kind of the music-theory gal in me.  A lot of the things you learn in music with one instrument can apply to other things. I was just seeing how much I could expand the knowledge,” she says. “All of the instruments have helped me in my writing and in making the live show more fun.”

It’s those live shows that Kinsey is really living for, now that she is finally old enough to play in bars, honky-tonks and dives. “I’m so excited to connect with people in the audience. I mean, probably more than half of the audience are girls my age, just like me.”

What starting young means for Kinsey now is that she has her whole life in front of her. “Honestly, because I started so young, I’ve never had to put up a ceiling on anything. I’ve never had to make a decision on whether I just want to write songs or just want to be an artist, because the biggest advantage I’ve had is time. I still want to do writers’ rounds as much as I want to sell out the Bridgestone Arena. I think we cap ourselves off at what we can do because we’re worried about failing.

“But there’s just too much life for me to live.” 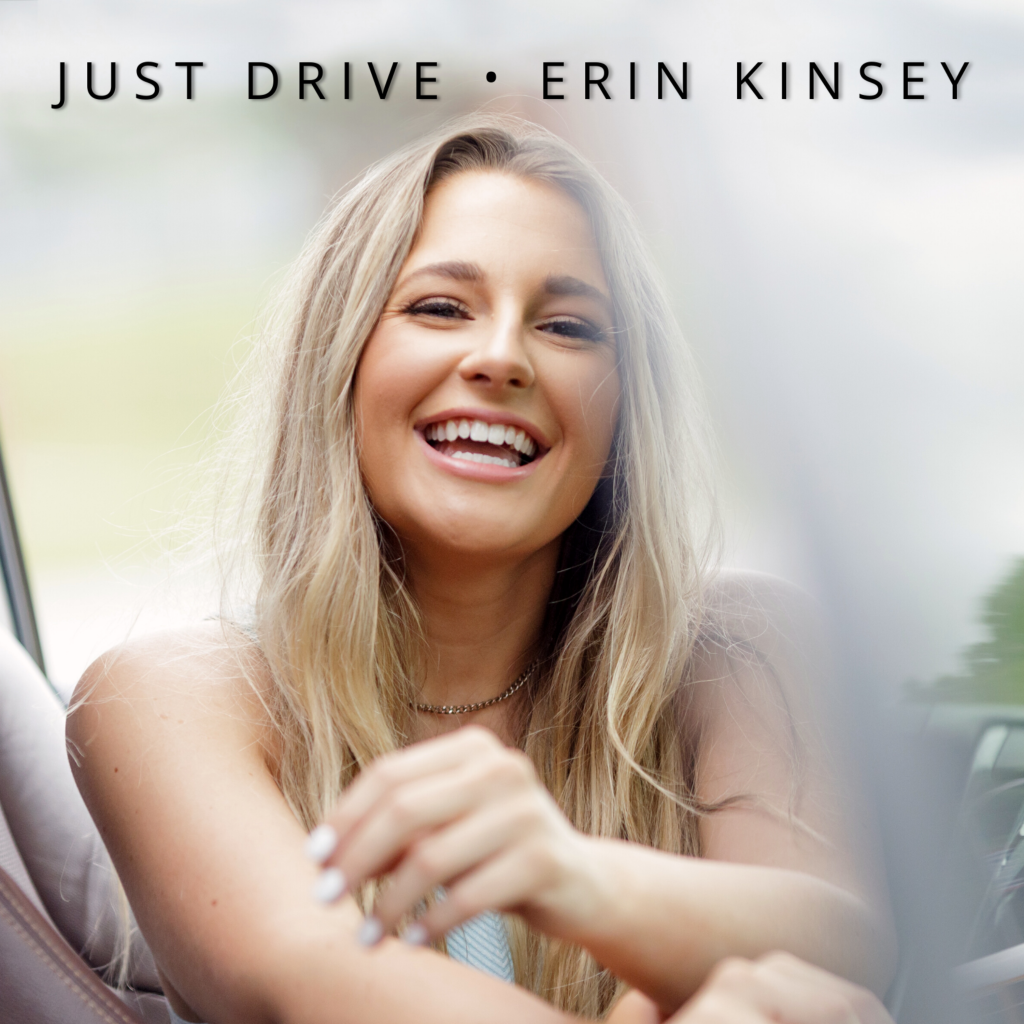 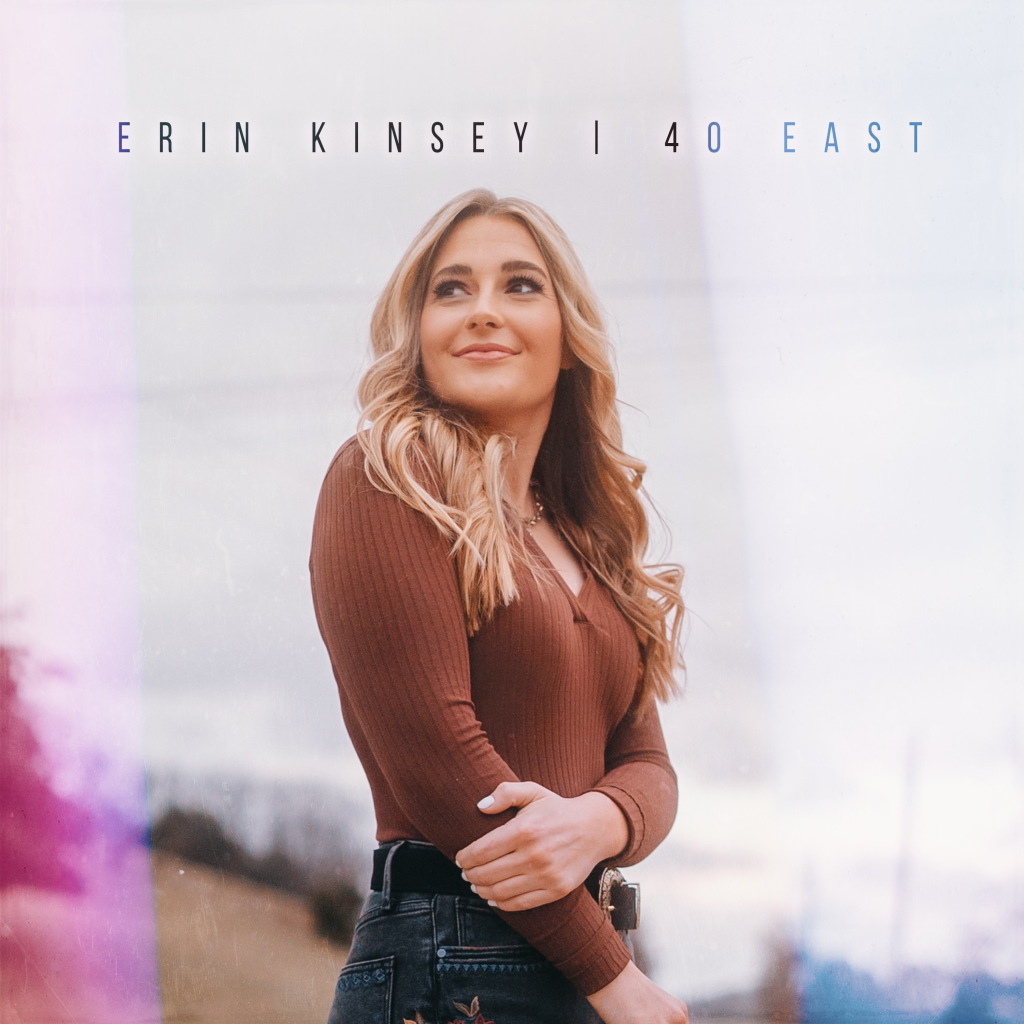 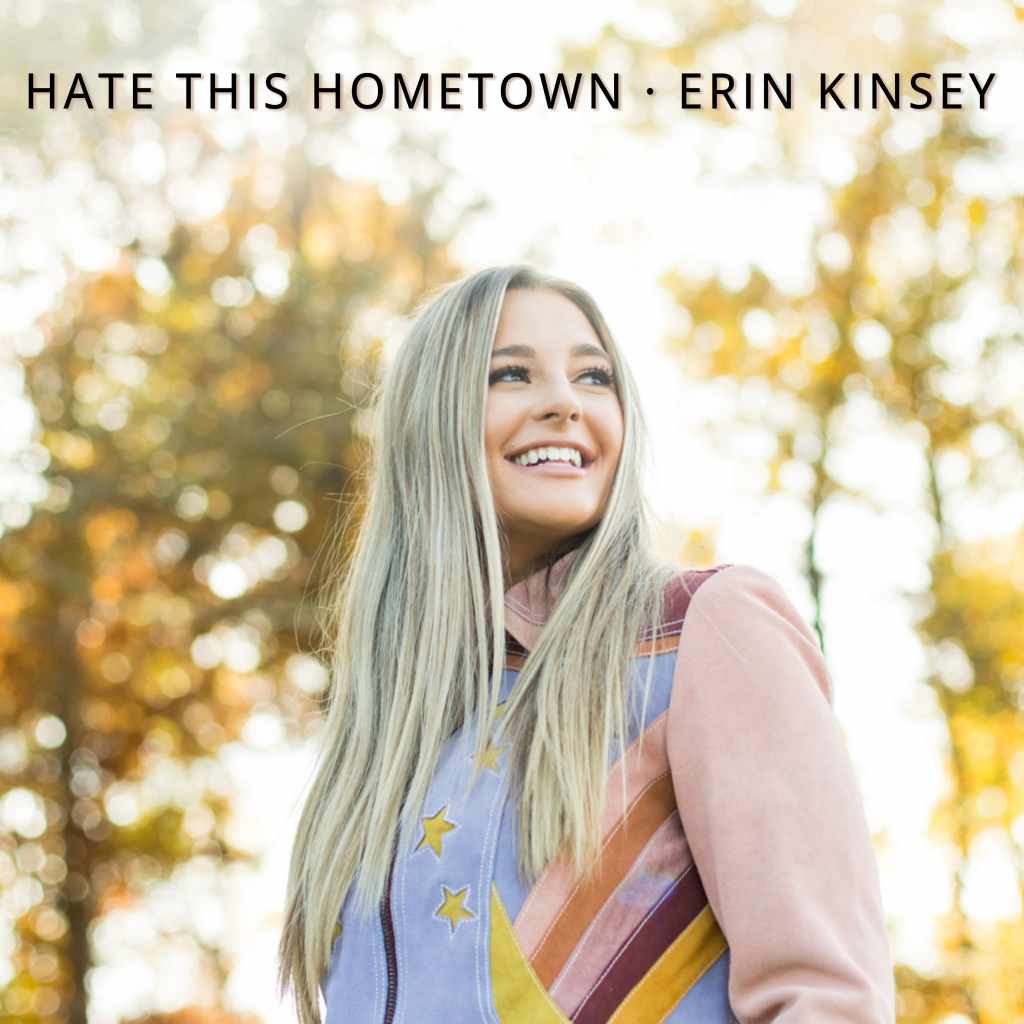 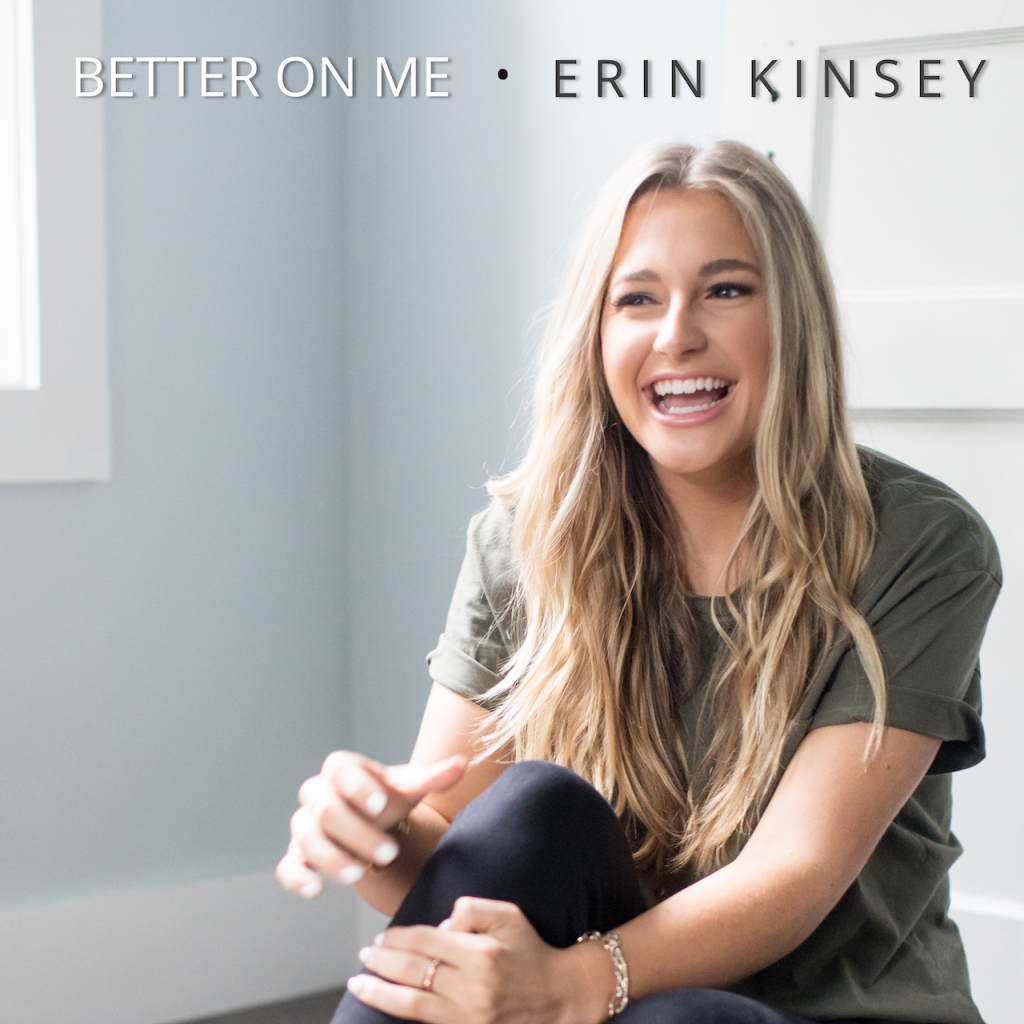