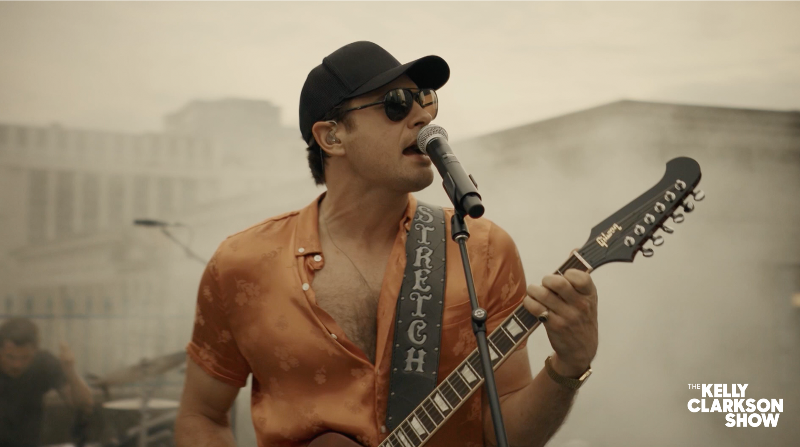 “That Ain’t Me No More” on  The Kelly Clarkson Show

“That  Ain’t  Me No More,”  written by  Hardy,  Hunter Phelps,  Smith  Ahnquist,  Jake Mitchell and Nick Donley  and  co-produced by Matt with  Ash Bowers, is quickly rising on the country radio charts, following his back-to-back No. 1 singles “Prayed For You” and “Everywhere But On.” As one of only eight debut country artists in the last six years to have their first two singles top the charts, Matt will join Old Dominion on tour this summer, and Toby Keith and Miranda Lambert later this year.

With more than  415  Million cumulative streams across his catalog to date, Matt is adding to this tally with his newest single, “That Ain’t Me No More,” the follow up to his back-to-back No. 1s, Platinum-certified track “Prayed For You” and Gold-certified “Everywhere But On.”  As one of only eight debut country artists in the last six years to have their first two singles top the charts, Matt celebrated this success as one of Country Radio Seminar’s 2021 New Faces of Country Music class and will join Old Dominion, Toby Keith, and Miranda Lambert on tour later this year.

In 2020, Stell kicked off the year with a performance on “Good Morning America,” leading into his first headlining tour. He started Penned Up – his hugely successful 8-week Instagram-live series, was the first-ever artist to receive a virtual plaque from the RIAA for “Prayed For You,” an ASCAP Pop and  Country most-performed song awards winner, and performed the National anthem for NASCAR and NFL events. In October he released his new EP,Better Than That. Co-produced by Stell with Ash Bowers, the 8-song EP also includes “If I Was A Bar,” and its innovative music video filmed during quarantine, where Matt played all 13 characters.

The 6’7” Arkansas native has come a long way from playing college basketball for Drury University and making the choice to head to Nashville instead of Cambridge, MA where he was accepted into Harvard University’s Extension School Pre-Med program. Following his dream of writing and performing, the self-taught vocalist and guitar-player made the move to Music City in 2014, landing a publishing and management deal with Wide Open Music and a record deal with music industry powerhouse Barry Weiss’ RECORDS Nashville/Arista Nashville. Stell has received “Ones To Watch” shout-outs from multiple partners, including Vevo DSCVR, MusicRow’s Next Big Thing, CMT Discovery Artist, YouTube Music Artist on the Rise and more.