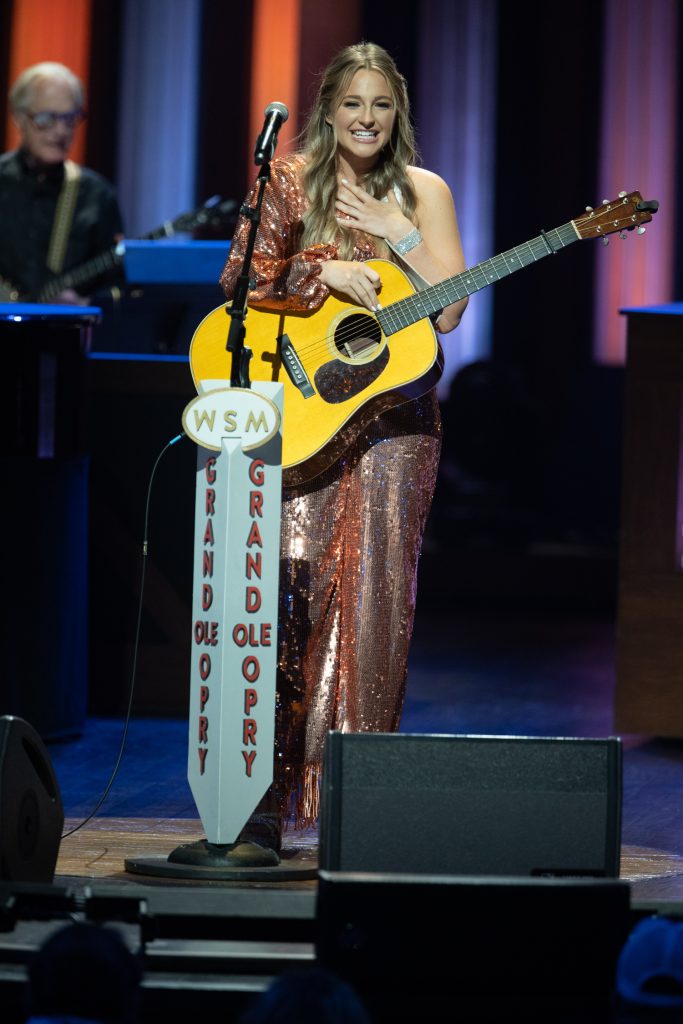 “I don’t really have the words for this, and don’t know if I ever will. But thank you so much to the Grand Ole Opry for giving me a chance to share my music and my story on the biggest stage in country music,” shared Kinsey on socials. “The weight of that circle and the legends that have performed in it, is so real and I feel so honored to have been able to feel it. Can’t wait to show y’all all of the behind the scenes, but for now I’m still taking it alllll in.  Thank you to everyone who spent their Saturday night freaking out with me… it meant the world.”

Written by Kinsey along with Michael August and Josh Ronen and produced by Ronen, “Just Drive” continues to connect with over 28 million streams and views to date and counting, landing her on many “Ones To Watch” lists for 2022.  The song was sparked when she thought of combining country lyrics with the gritty sound of a pop/rock Paramore song.  After sharing sneak peek video clips of the song on her socials, Kinsey garnered more than 7.2 million views on TikTok — and an incredible 62,500+ pre-saves prior to release.

ABOUT ERIN KINSEY
Texas native Erin Kinsey may be a country music newcomer, but she’s been hard at work since she was 11 years old. Now 21, she is the epitome of a 10-year overnight success who has established herself as a Nashville singer-songwriter with a bright future ahead of her. Having moved from Texas to Tennessee the morning after her high school graduation, Kinsey quickly immersed herself in country music, and in return she was embraced by music insiders who’ve helped her reach her larger-than-life goals. And so far, so good. She consistently receives close to ten million views when she posts an original song on TikTok, and her “Just Drive” single has been featured on SiriusXM The Highway “On The Horizon.” Kinsey is signed to RECORDS Nashville, a joint venture with Sony Music. Where she goes from here is just about everywhere.