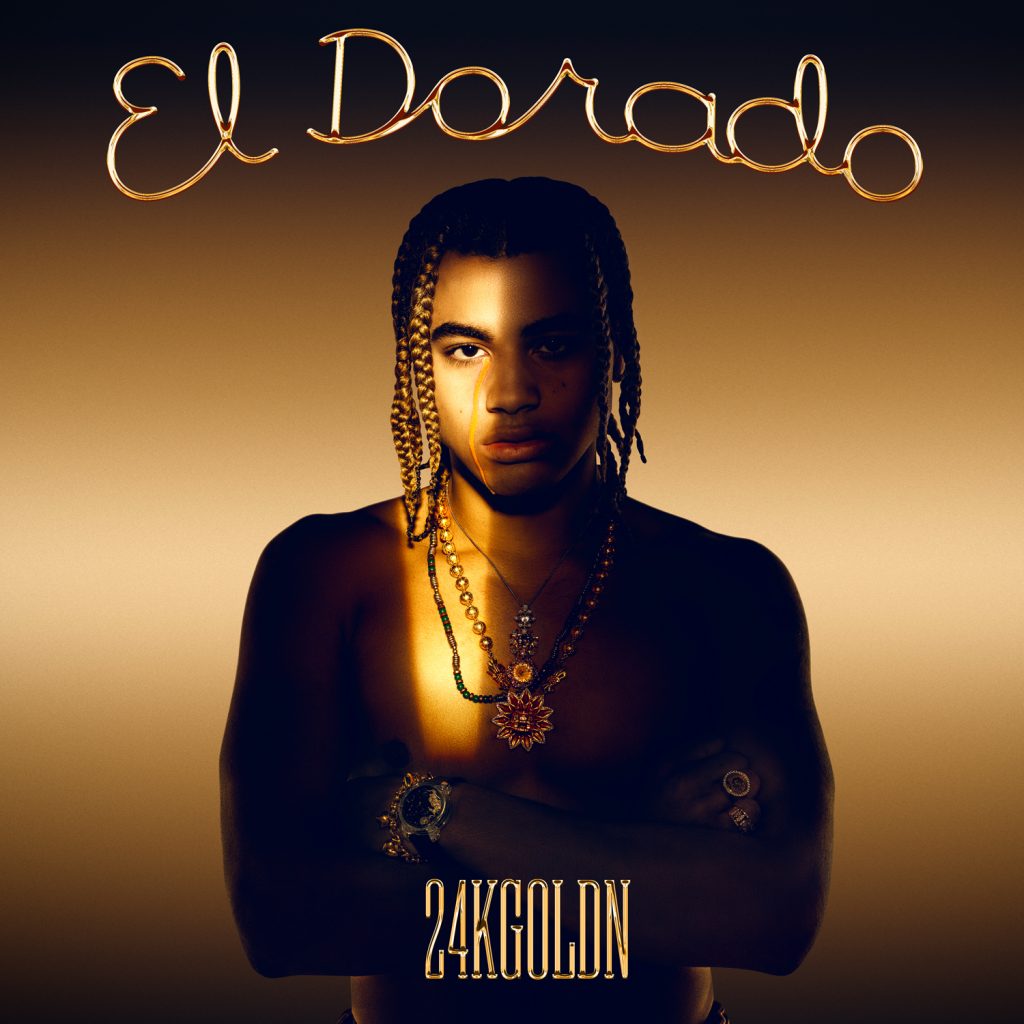 After firmly establishing himself as one of the biggest breakout stars of the year, 24kGoldn releases his debut album El Dorado today, which includes his record breaking and chart-topping hit song “Mood”. Listen HERE. El Dorado features verses from the likes of fellow rap superstars Future, Dababy, Swae Lee, and Iann Dior. Recorded over the past year with frequent collaborators KbeaZy, Omar Fedi, and Blake Slatkin, the album includes a seamless blend of Rap, Pop, Rock and everything in between as 24kGoldn sets out to make music that is reflective of today’s gen Z and millennials.

24kGoldn has paved the long Road to El Dorado with an absolutely incredible and highly successful year, fueled by his R.I.A.A. certified triple platinum hit “Mood.” The song has attained certifications in 28 countries worldwide and continues to move with over 1.6 billion streams to date – even breaking the Pop radio record for most spins in a 7-day period. The song has spent 28 weeks on the Billboard Hot 100 Top 10, 8 of which peaked at #1 (today at #8). Watch vlog episodes 1, 2, and 3 of Road 2 El Dorado where he shows exclusive behind the scenes footage of the El Dorado campaign, featuring cameos from friends and peers Lil Nas X, Rae Sremmurd, The Kid LAROI, Lil Tecca, Druski, Cole Bennett & more.

Shortly after being named the first YouTube Artist on the Rise of 2021, as well as being featured in Hulu’s Black History Month concert and even the The New York Times, 24kGoldn is launching El Dorado: The Game, where fans will be able to play for a chance to win a cash prize, and a globally accessible AR experience with Scavengar. To celebrate the release of El Dorado, 24kGoldn is also participating in an exclusive TikTok livestream concert on Saturday, March 27.