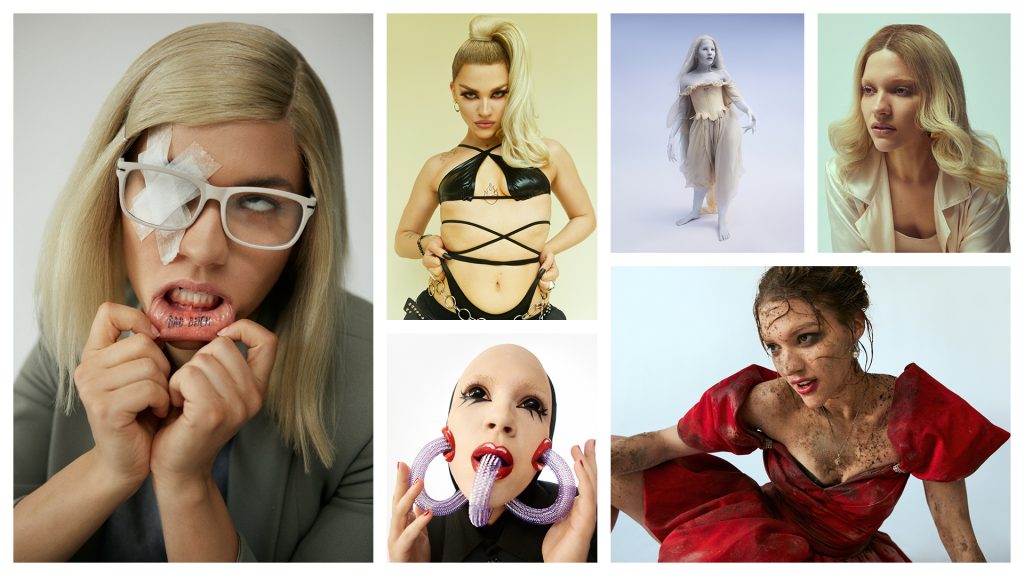 Her first single in 3 years, “Mood Swings” finds Tove Styrke back in top form and is just a taste of what’s to come in 2021. Exploring the complexity of human identity and her struggles with mental health and self-acceptance, Tove describes, “‘Mood swings’ is insane. It’s paying tribute to my best and worst sides. I really hate myself sometimes. But I’m trying really hard not to. These past three years I’ve been through depression, fell hard in love, survived a Swedish music reality TV-show, I got a car, I got stuck with millennial blues, I feel like an adult sometimes, I feel like I did as a child. I feel kinda free.”

Commenting on the video (directed by Gustav Stegfors), Tove adds,”It’s my idea and creative concept and I’ve really tried my hardest to portray these characters in a respectful and loving way. I love them. People are more complex than we allow them to be, and as different as these characters look on the outside, as much variation can be found inside one person.”

On her current musical direction, Tove describes, “This new project is musically like a fun puke! It’s all over the place, every song tells a story on its own and has its own mood. I got epic love songs that sound like the 60’s next to tracks like ‘Mood Swings’ and crazy bangers. I’M not even ready. I’m obsessed with it.”

“Mood Swings” follows Tove Styrke’s 2018 album, Sway, a project which solidified her place among the top rising forward-thinking pop artists. The album was bolstered by iconic tracks such as “Sway,” “Mistakes,” and fan-favorite, “Say My Name,” which Rolling Stone named to its #11 spot on its ‘Top Songs of 2017’ list. The album has since garnered 118M+ combined streams, drawing widespread critical praise from outlets including Pitchfork (7.5 review), The FADER (Gen F), NME (5 stars), as well as support from Zane Lowe/Apple Music and BBC Radio 1. The album also launched a run of 7 tours, including support for Lorde and Katy Perry and sold out headline tours in North America, UK, Australia and Scandinavia.

A platinum-selling, Grammy-nominated, and national radio P3 Guld ‘Pop Artist of the Year’ recipient in her native Sweden, Tove Styrke has been on a meteoric rise since the release of her 2015 album, Kiddo, led by singles, “Borderline,” “Ego” and “Number One.” Since then, Tove has embarked on multiple headline tours, made SXSW appearances, performed on Late Night with Seth Meyers, and has received vocal support from artist peers such as Sam Smith, Tove Lo, and Shawn Mendes. She has also released several collaborations, including ALMA (“Good Vibes”), NOTD (“Been There Done That”), Clean Bandit (“Last Goodbye”), and Lost Kings (“Stuck”).